Getting to Know Male Chastity Men

You have
probably met more male chastity men in your life than you would ever be aware
of. The fact that these devices can be worn under your clothing without being shown
to the entire world means that just about every other guy walking past you on
the street could have one on. I bet that if you live in a big city, you have
probably seen ten or fifteen of these chastity men during any given day. The
only way you would know is if they were wearing tight pants that actually
showed off the device. 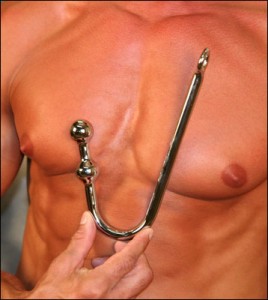 I got
involved with male chastity men a few years ago and found that they are the
most down to earth guys I have ever met. I always thought that someone willing
to wear what is basically a bondage device out in public would be a bit more
subdued, but that wasn’t the case. Every single guy I met that was wearing a
chastity device was polite and well-spoken. In fact, there were some guys that
I never would have thought of wearing something of this nature or be involved
in any kind of sexual fetish. Yet, they were wearing some of the most advanced
cock cages I have ever seen.

Being around
those male chastity men got me to wondering what it would be like to wear a
chastity device myself so I went ahead and purchased one. It is definitely a
strange sensation to be walking around in a metal cage locked over your cock,
but I could understand why all those guys were the way they were. I could feel
the stress that I would have normally had to live with simply melting away with
every second I had that cage on since I didn’t need to worry about any unwanted
or surprise erections. It was definitely one of the best decisions I have ever
made in my life.